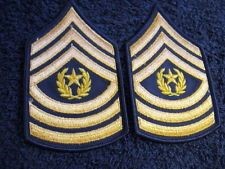 The Things I Learned from Wildman – My Sergeant Major.
Gideon D. Asche

This article originally appeared in the Havok Journal

It might shock some of you to hear that, over the years, I have developed some unusual habits and peculiarities.

One of them is that I keep notes on everything. If I go to a corporate function with my wife and have a stimulating conversation or notice something of interest I will make a note of it when I get home and put it in my file of useless information.

I have a series of file cabinets that hold useless information by the ream. They contain everything from gems like a list of the systolic and diastolic pulmonary pressures of common land borne arthropods (110/80 Hg), to the average number of those little hairs on a standard strawberry (200 to 240) and how to determine the sex of a Bell Pepper (# of lobes).

I have drawers full of pieces of paper, notebooks, news clippings and every other conceivable format a note could take. I never throw a note away.

I only confess this peculiarity to say that when I’m bored or need something to write about, I’ll pick a random drawer and dig through it for inspiration.  Recently I found an old Taco Bell napkin, probably from the 90’s, it didn’t have anything written on it, just a little 25-year-old hot sauce.

I have no idea why it is there but I dutifully returned it to the general vicinity of where I found it, and in the process, I stumbled across an old green army issue pocket notebook.

Inside was a glimpse into the past and a great man who I had almost forgotten – an NCO who decided to make it his purpose in life to develop this young E-5 into a professional – Command Sergeant Major “Wild Man”. 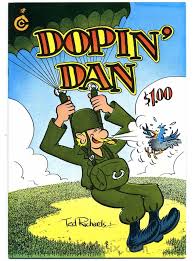 Back in the mid 70’s I did a permanent change of station to Germany and I was assigned an aircraft that was in the middle of a Phase Maintenance Inspection; she wasn’t flying so neither was I.  I wasn’t getting any flight hours, and I had just come off of leave so I was begging flight time and taking VIP missions to make pay status.

The Brigade Commander’s Aircraft always flew with two Crew Chiefs so I was able to make up my time on VIP Taxi service runs. I hated that aircraft, she had VIP steps and I left part of my shin on them every time I did a preflight or daily. It was on one of these flights that I met “The Wild Man.” My Battalion Command Sergeant Major.

Wild Man the oldest, crotchetiest, gruffest, meanest SOB of an NCO I have ever met. He bragged that he farted OD Green dust mixed with Vietnamese jungle mud. We came to call him “Wild Man” because of the resemblance between him and the Wild Man of Borneo every time he came into my room. I somehow brought the best out of Wild Man.

As ridiculous as some of the items appear – they each represent an incident that incited Wild Man to “help develop my understanding of the life,” as he liked to put it. It reminded me how grateful I should be to the ones who went before us and their willingness to share their lessons learned and steer us away from Dumbassery.

The list started with the words: Twelve Things I learned from The Wild Man.

I left Germany on an “Early Out” to join a civilian HUMINT operation, so I was back in country less than six months later. Wild Man retired and my old 1SG made sure I was invited to the party. I outranked Wild Man by then because I held a GS-11 rating; the equivalent to a 1st LT and I made sure to rub his nose in it over the course of the evening but both of us knew it was only on paper – You never outrank your Command Sergeant Major no matter what rank you achieve.

Maybe I did make his life miserable for a while, but I also got to say thanks to him and he confided in me that he was “Glad I didn’t ever really courts-martial you” – I think it was the nicest thing any Sergeant Major ever said to me and I finally understood that “Dumbass” could be a term of affection when it comes from your mentor – especially if you don’t realize he is your mentor.

I’m going to frame the list and put it on my office wall.

I won’t ever forget The Sergeant Major I called “Wild Man” again.

One thought on “The Things I Learned from Wildman – My Sergeant Major.”