The low rumble of engines and the smell of hydraulic oil deadened the senses, or maybe it was the whiskey.  Just before take-off, each man had been given a “Hot Toddy” with a much greater measure of Irish than was needed.

The Dutch jump officer got word on the intercom that they would be over the target in five minutes.  He patted the lead man on the head then showed him five fingers to let him know the drop was imminent.

One long ring of the bell and the red light illuminated – the jump officer held up two fingers and mouthed the words “Twoooo  Minnnnutes!”

There was no point in trying to communicate verbally.  Between the sound of the four massive engines and the air rushing in around the Lancaster’s hastily installed, poorly sealed, jump door, it would have been lost in the cacophony of 1940’s flight.

Three rings of the bell; the Green Light illuminated, and the three men simply scooched off the edge into the darkness.  With any luck, the Lanc’s airspeed was slow enough, and each jumper was heavy enough that he dropped straight down right through the slipstream.

Both flight officers waited for the telltale thump-thump-thump of a jumper who didn’t. It never came, and the excited call of “Three Canopies” crackled in the pilots’ headsets as the jump officer verified his charge had open parachutes and a ride to the ground.

He whispered a prayer under his breath and shouted, “GODSPEED!” out the hatch.  The satisfaction of a successful drop gave way to a feeling of despair as the Dutchman accepted the probability he had just sent three brave men to die for their countries. 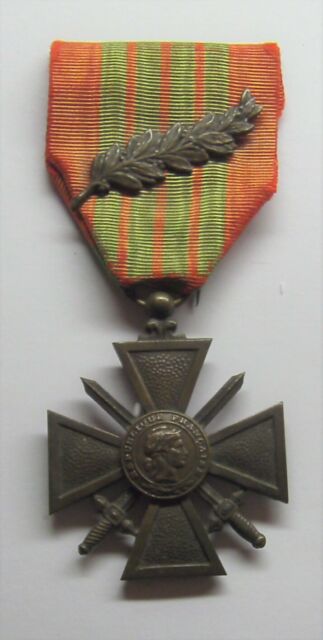 When I was about 8, I found a Croix de Guerre in my father’s office in Rome. I had no clue what it was.  Back in the ’50s and ’60s foreign governments were in the habit of giving participation awards to U.S. Officials, mostly just expensive trinkets to gain favor.

I got caught digging around his desk drawers, and even though I fessed up and took the beating I deserved for it, he refused to tell me what the Medal was, or where he got it.  He just said, “it’s from the War.”

The “War” was never an acceptable topic of conversation with my dad.  It was like he blanked it out of his mind.  I understand now, and I wish I could apologize for pushing it – I was a bit of an idiot child.

Since he wouldn’t talk, I developed a bad habit of cornering my father’s visitors and demanding they tell me war stories. If an older man in uniform walked in, I was on him like a community organizer on a liberal voter.

It was here that an old friend of my dad’s told me tales of the teams who jumped in just hours before the D-Day Airborne drops.  They paved the way – organized the resistance and set the stage for the allied invasion. He was one of my regulars and always had a piece of history to share with me. – I ate it up.

The Colonel described his drop into France the night before D-day and how they had to hide day and night from the “fat man” – NAZI radio triangulation techs who wore equipment under an overcoat, making them look very fat. They would walk around in teams of three triangulating, hunting for resistance radio transmitters.

When I was about sixteen, I found that Croix de Guerre again, only this time, I took it to a jewelry store and asked what it was.  After the owner tried to buy it, for a damn good price and I refused, I was told it was a medal given to Soldiers – mostly covert agents, who fought with the resistance in France in WW2. He said whoever earned it was a War Hero – HUH? A war hero?

Speechless and gape-mouthed, I put the medal back precisely where I found it and hoped the old man never learned of the disrespect I had shown by treating it like a cheap trinket. Still had no clue why he had it. I never knew until my father’s wake, when an older than dirt SAS guy filled me in – but that’s another story and the subject of my next book so, we won’t go there today.

The internet didn’t exist in the ancient times when I was a teenager, so I spent hours in the two university libraries within hitchhiking distance, going through micro-fiche after micro-fiche looking for anything of my dad’s history that might explain why he would have been awarded a Croix de Guerre.

My efforts were a complete waste I found nothing of use, but I did come across a name I knew – John Singlaub.  The very man who told me so many war stories when I was just a pup.

Completely disappointed that I couldn’t connect my father to anything heroic, I decided to chase Gen. Singlaub’s trail, I even called his office and explained that I was the “son of an old friend.” I think his aid thought it was a prank; he hung up on me.

Eventually, I landed at Operation Jedburgh.

The proper term for these me is – “Jedburghs,” and they were the real deal, so named for the last operation, the OSS/SOE ran in preparation for D-DAY, without these men and women, D-Day would have failed.

Wild Bill Donovan fielded the first of his European theater OSS teams early in the war.  Tasked with creating a covert network to operate independently behind enemy lines, Donovan recruited, trained, and organized the men and women who would be predecessors to most U.S. clandestine and covert operations.

SOE/OSS teams were dropped into France, Belgium, and Holland to facilitate communications and organize the resistance into a fighting force that could be controlled and directed by the allied command structure.

The term “Special Forces” originates with the Jedburgh agents.  Active duty members wore a patch consisting of Wings with the letters SF in a red circle.  They would be saboteurs, teachers, medical officers, Pathfinders, lightning-slingers, engineers, weapons specialists, or assassins, depending on what day of the war it might be.

Lightning Slingers – OSS code officers, used a lateral key rather than a tap-key and could transmit Morse code at an unnatural speed. I can’t find any information on why they chose the term “Special Forces.”  I can only assume “baddest-sumbitch-in-the-valley” was just too long to use as a military job title.

The Jedburgh program included French Bureau Central de Renseignements et d’Action (BCRA), Wild Bill’s American OSS and British SOE.  OSS agents were sent to Scotland where they were trained by the likes of Fairbairn and Sykes – Yes, I’m talking about that Sykes and that Fairbairn – the ones who enjoy legendary status as “The two meanest bastards in the British Realm.”

Fairbairn taught what he called “Gutter Fighting.” He liked to introduce himself by telling his trainees:

“I’m going to teach you how to fight from the gutter;
There is no fair play; there are no rules except one: Kill or be killed.

OSS and SOE agents were some of the best-trained operatives in history.  All were multilingual, usually conversational in 3 or 4 languages and fluent in at least 2.  They ran mock operations around northern England and became experts in demolitions, light weapons, Morse code, and Pathfinder operations.

Each member was issued a Sykes knife, and many were taught how to use it by Sykes himself.  The Sykes combat knife isn’t a survival knife and is relatively useless for anything but killing, but it is exceptionally well designed for that purpose.

The blade design will punch through thick military overcoats and easily puncture the rib cage. The diamond shape cross-section of the blade leaves a wound that tends to bleed inward, making it very hard to stop the bleeding and save the victim.

In an effort to guarantee security wasn’t breached, anyone who washed out or chose to be dropped from the program was confined until D-Day.  Even the washouts were of very high quality.

A total of 101 teams of two to five, including 83 Americans, jumped into France, Belgium,

and the Netherlands in the 48 hours before the D-Day drop. Other groups of Special Agents were dropped in as early as two years before D-Day to lay the foundation for the Jedburgh program.

1940’s kit was a bit different than today’s – the “shiny-ist” thing they had was a bulky, tube-powered wireless transceiver that had to be warmed up for 5 to 6 minutes before it would transmit and couldn’t be moved until the tubes cooled or the cathodes would warp.

Other standard weapons were the Colt 1911, the Grease gun, the Thompson, the M-1 Garand, and the Welrod, a suppressed pistol used to quietly dispatch enemy soldiers to meet their god.

There were no GPSs, no SAT-phones, no body armor, no Night Stalkers with QRF to come to the rescue if things turned to crap. They had what they with them when they jumped in. The mission, each other, and the acceptance of their fate was all they needed.

All OSS wore civilian clothes in the U.S., and most wore civies in combat zones. Technically, they were spies and eligible for summary execution if caught.  Unfortunately, summary execution was too merciful and un-entertaining for the Gestapo.

Jedburgh’s missions supported and bolstered existing operations. They would bring new intelligence, provide liaison between the advancing Allies and the Resistance. They participated in sabotage and other operations needed to cripple the German response to the invasion.  Consequently, the Nazis were forced to deplete resources to deal with the resistance leaving less than adequate assets to repel the allied invasion.

Without Operation Jedburgh, the D-day invasion would have never succeeded.  These mostly unknown warriors were what Wild Bill called “Dragon’s Teeth,” and he “sewed them freely into the enemy’s garden.”  Gen. William Donovan, was tasked with creating a clandestine force to operate behind enemy borders. He was successful, and the U.S. has actively maintained and operated the force Donovan created ever since.

Wild Bill referred to the OSS as his “League of Gentlemen” and OSS operations as “Sewing Dragon’s teeth in the enemy’s garden.”   Jedburghs went on to win Pulitzers, Nobel prizes, and become leaders in western society.

Here are some old Jedburghs and OSS Agents that you might recognize:

forces group in the U.S. Army.

Julia Child (McWilliams) –  Special Operations Clerk. Now you know why her souse chefs were so jumpy when she barked orders.

Ronald Dahl – Author of the book that became the Charlie and the Chocolate factory movie.

Josephine Baker – A well-known cabaret dancer and a  black woman.

John Wayne, Yup… The Duke – He worked Internal security, Wayne did Snoop n Poops for Donavan inside the Pacific command. No one knew he was part of OSS but Donovan. The Duke used his celebrity to get close to anyone Wild Bill wanted to verify was loyal.

And the man who endured so many of my childhood inquisitions.

If any of you Tier 1 guys think you might have what it took to work for Wild Bill Donovan, here are a few Job descriptions recruiters used.

That is one damn scary “Clerk” if you ask me.