As long as Soldiers have been deploying to the field, we have been figuring out a way to take a little “Grog” with us – or produce it from whatever is available.

I’ve seen flight medics make a still from my UH-1’s shot up oil tank and some hydraulic tubing; then use C-Rats peaches and crackers to produce some of the smoothest peach flavored kerosene I have ever had occasion to imbibe – it was effective too.

From Attila’s army to the Crusaders, you can find evidence of prohibited alcohol in the field.  Even as a wee SP/5 wandering confused on the flight line, my pilots knew that if someone checked my helmet bag on loadout for a field exercise, they would likely find a large plastic bottle of “Listerine” that tasted eerily like Jose’ Cuervo Gold.

Some of my Officers relied on it; all of them overlooked it.  Obviously, I’m not talking about the Ulysses S. Grant level of consumption or the Maj. Marcus Reno level of drunken incompetence, just a simple fact of Soldiering – There Will Be Alcohol.

It would be rare to research a military unit in combat and not come across stories of “Torpedo Juice” or “Ammo Box Hooch,” but the best account of military dumbassery involving alcohol is without question The “Great Eggnog Riot of 1826” – sometimes called the “Grog Mutiny.”

You can always count on the average office Christmas party to result in one or two job losses and an unplanned pregnancy or three, but you would expect a bunch of future Army Officers to temper it a little.

In 1817 Col Sylvanus Thayer, the same Thayer, who founded the Thayer School of

Engineering at Dartmouth, was ordered to take Command of the USMA at West Point and fix it.  The West Point of 1817 bore little resemblance to the High-Speed Low Drag institution of higher learning we know today.

In 1817 West Point was little more than a fraternity of rich kids playing Army.  There was little in the way of organized curriculum, and cadets graduated whenever the faculty decided one was ready.

Thayer graduated in just one year while Marcus Reno required six.  Thayer made no bones about his assessment of the West Point program as contemptible and ineffective when it came to training competent Officers.

Thayer proved himself in battle during the War of 1812, he commanded a section of defensive positions in Virginia.  While other American positions fell to British guns – Thayer, through competent command, was able to hold his ground.  His reward was promotion to the rank of “Brevet Major,” – meaning he got all the responsibility but none of the pay.

When Thayer took command of the Military Academy at West Point, he immediately began a reintegration of full “Old School”  military discipline – Now you know where that term came from.  He prohibited cooking in the billets, required cadets remain in uniform off duty, and, in an unprecedented move, in 1826, Col Thayer expressly forbade cadets to purchase, store, or consume alcohol on campus.

The Cadet Corps at the US Military Academy at West Point maintained a revered and sacred, long-standing tradition of Egg Nog at Christmas. Overlooking cadet alcohol consumption and intoxication at the annual Christmas celebration was the norm, but as is expected from Officers, common sense seems to have been the rule.

Aside from the standard chorus of slurred “Ahh – looove – yooo  – Bro.” It was never allowed out of control and was never a problem.   Technically it was the first recorded military adaptation of “Don’t Ask Don’t Tell.”

Christmas of 1826 changed all that.

Some of the Cadets in the North Barracks took Thayer’s policy of prohibition as a personal insult and an affront – “Who was this Thayer guy to say they couldn’t celebrate Christmas with a snort o’ Grog?”   Cadets began collecting party supplies weeks before the event.

While alcohol was prohibited on campus, cadets could frequent the various watering holes around town. Trade and barter were standard in the early 19th century allowing cadets to trade items like shoes or a cloak for Whiskey.

By the 24th, there were gallons of contraband Whiskey being mingled with Gen. Washington’s recipe for the celebration.  Within hours the North Barracks turned into grog fueled chaos, reminiscent of the movie Animal House.  Cadets staggered in and out of their barracks, out of uniform, tunics torn or soiled with Nog or Grog, and reeking of vomit.

By morning the debauchery included two-thirds of the Cadet Corps.  Windows were broken; furniture, banisters, clothing, and equipment had been ripped from mountings and tossed into piles of rubble. The North Barracks were trashed.  Two Commissioned Officers were assaulted, and one cadet even fired a musket at an Officer who was attempting to quell the disturbance.

Some barefoot, some half-naked, most howling curses at the moon and anything else that would listen; the cadets eventually wore down and the festivities came to an end.  Anyone who has even a vague memory of attending one of those drunken weekend-long dayroom parties can form an image in their mind of the North Barracks that morning. – Although I can’t find any official record of anyone peeing out an upstairs window, personal experience tells me it probably  happened.

Col. Thayer deployed regular Army troops to contain the riot, and the subsequent investigation implicated 70 cadets, resulting in the Courts-martial of 19 cadets and one enlisted man.  West Point’s north barracks was left in a state of near ruin.

One of the best-known cadets involved was Robert E. Lee, who was completely exonerated.  Cadet Lee testified in the proceedings then went on to graduate.  Lee served gallantly in the Mexican War, became a professor at the USMA at West Point, and ultimately became the Confederate Commander during the Civil War.

Other notable  participants include:

Jefferson Davis, who was proven to be involved, but managed to avoid courts-martial.  Davis went on to be a U. S. Representative, Senator, Secretary of War, and Confederate President. 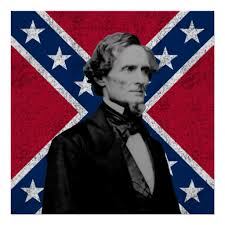 Joseph E. Johnston, who served honorably in the Black Hawk War, Second Seminole War, the Mexican War, frontier service in Kansas and Utah, then as a Confederate General.  Johnston eventually served as a U. S. Representative then four years as Commissioner of Railroads.

William N. Pendleton,  who graduated and went on to serve as Chief of Artillery of the Confederate Army of Northern Virginia.  Camp Pendleton is named in his honor.

Of the 19 cadets Court-martialed, 8 were allowed to remain at the academy; 5 graduated and served honorably.

Colonel Thayer is affectionately known as the Father of West Point.  Between 1817 and 1833, he turned the US Military Academy at West Point into the world’s finest military academy and the country’s first college of engineering. Col. Thayer’s curriculum became the standard for technological instruction throughout the country.

All “Ring Knocker” jokes aside – I had the privilege of serving under several Officers who are part of Col. Thayer’s legacy – they were of the highest quality and integrity.  I was honored to serve under them.