My father’s generation accomplished some cool stuff…
But:  Were they really the Greatest Generation? – I hope not.

I hope Millennials and each succeeding generation of Americans far exceed the accomplishments of the last but it is hard to argue with the humble patriotism, intestinal fortitude, and tenacity of the WW2 generation.

Covert operatives had been inserting in preparation for the invasion since the previous summer. 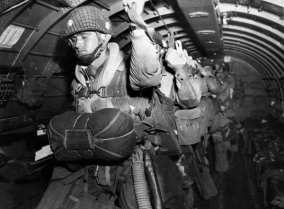 Two divisions of Paratroopers dropped in the night of the 5th/6th. Nearly 20,000 Ships and Aircraft were involved in delivering troops by landing craft, Parachute, and Glider.

Jedburghs and other OSS/SOE teams jumped in early to set up networks to pave the way for Paratroopers and the main invasion.

Over 9,000 allied troops were killed or wounded in a 36 hour period.

I have known hundreds of WW2 veterans over my decades.
Growing up as a diplomat’s 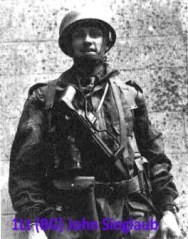 kid in the ’60s meant about 90% of my father’s friends and associates were WW2 vets. I will say one thing for my father’s generation;  if they weren’t the greatest …they were absolutely the most loyal and the most humble.

You never saw one of them with a tailgate full of “I’m a veteran — Thank Me” bumper stickers and the one-upmanship and cannibalistic nature of many Veterans and Veteran’s groups, just didn’t exist until the last ten years.

The old guard had no such needs.

They never bothered to talk about their exploits – You could know one of them all your life and at their wake, someone else will tell you they earned a Croix de Guerre or the Navy Cross or made the “Bataan Death March.

I guess they just never felt the need to toot their own horn.

Four Medals of Honor were earned on D-day but tens of thousands of acts of courage and selfless devotion to country and fellow Soldier took place between the water and victory.

In an effort to Honor each and every one of them I thought I would point out a few of those scared kids who made that invasion and proved themselves on the field of battle.

Take a close look at the faces – You might even recognize one or two of them.

Seaman Lawrence Berra and his fellow sailors manned a tiny support craft fitted with a rocket launcher to lob rounds ashore to soften up German resistance.

He later ran messages between command and both Utah and Omaha beachheads.   Berra reportedly was grazed by a round at the invasion of Marseilles and refused the Purple Heart because he didn’t want to alarm his mother back in the states.

Aside from inspiring the name for my favorite cartoon bear, Laurence “Yogi,” Berra went on to play in a world series or two and inspire the youth of America with words of wisdom the likes of “It’s déjà vu all over again,” and “It ain’t over ‘til it’s over.”

Seventeen-year-old Melvin Kaminsky was accepted to a one-year leadership training program at VMI before he was deployed overseas as a mine technician.   Kaminsky hit the beach relatively early in the assault. Before long he was an old hand at defusing enemy mines and booby traps.

Long before “Blazing Saddles” or “Space Balls;” long before he changed his name to Mel Brooks and devoted his life to entertaining us… Melvin Kaminsky was the real deal.

He served with 1104th Combat Engineer Battalion and braved sniper fire and shelling to build bridges, blow up obstacles, clear blocked roads and defuse booby traps and landmines ahead of advancing Allied forces.

At one point Brooks put his hands on a bullhorn and in Classic Mel Brooks fashion; he serenaded enemy troops with Al Jolson songs ending with “Toot, Toot, Tootsie.” No weapon fired during his performance and a resounding chorus of applause and cheers erupted from both enemy and allied positions.

One of the most significant novels of the 20th century made the Utah Beach landing.

Little Jimmy Doohan was a typical Canadian boy when he volunteered to serve in the Canadian Army.

Long before Scotty ever uttered the words “Butt.. Capn’ Ahm Given Er all shees gott…” He proved himself under enemy fire.

On June 6th he led his men up a steep hill on Juno Beach to dispatch German gun emplacements which were reigning down fire on landing troops.

Doohan was wounded several times in the legs and chest during the assault and had his right middle finger shot off.  He would have been killed if it weren’t for a Cigarette case in his breast pocket that stopped a German rifle bullet.

Imagine yourself, a scared 18-year-old, hunkered down in a Higgins Boat on the first wave of the D-Day invasion; you look over your shoulder and you notice Obi-Wan Kenobe is at the helm. 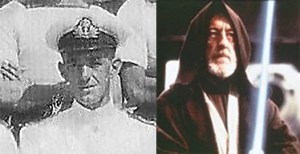 Long before Sir Alec Guinness was out saving the galaxies, he volunteered for the Royal Navy Reserve.

War kicked off and he found himself with bullets whizzing around him as he delivered his troops to the beach.  The force must have been with him then as well. He made a number of trips to the beach and back unscathed.

Charles Durning, known to most of us as Pappy O’Daniel, the corrupt cynical governor in “O’ Brother where art thou” never talked about his service, except maybe with his friend Mel Brooks, not until almost 50 years later.

Pfc. Durning was with the first waves of Americans to hit the beach on 6 June and reportedly the only member of his unit to survive. Durning was wounded but returned to duty after a short convalescence.

His next encounter with the enemy was hand-to-hand, knuckle-to-knuckle when A German soldier stuck a bayonet in his side. Durning killed the enemy assailant with a rock. Durning’s luck held and he was again returned to duty where he earned his 3rd Purple Heart during the Battle of the Bulge. He was both wounded and taken prisoner.

Charles Durning is one of the few who survived the SS prisoner massacre. Durning always refused to discuss his war service.  It remained a little known fact until his later years. When a journalist asked why he refused to talk about it… Charles Durning responded, with tears in his eyes  – “I don’t want you to see me crying.”

These men became famous and household names in the years after the end of WW2… but on 6 June 1944, they were just scared kids trying to do what was right.

Maybe they are the “Greatest Generation”; they’re a hard act to follow, that’s for damn sure.

Author’s note: There were a total of 16 Medals of Honor earned on the Normandy Invasion with 4 of them earned during the 1st 24 hours.