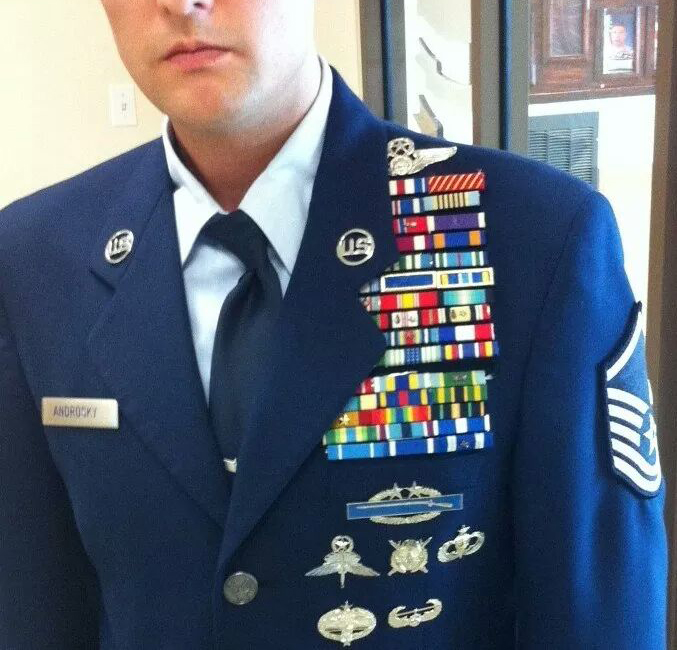 My first natural reaction to encountering a Poser is to apply “Four-Wall Counselling” principles to the situation. I’ve been known to step outside the boundaries of civility, making an ass out of myself when it comes to tattered U.S.  flags, honor, integrity, Posers and other such issues. 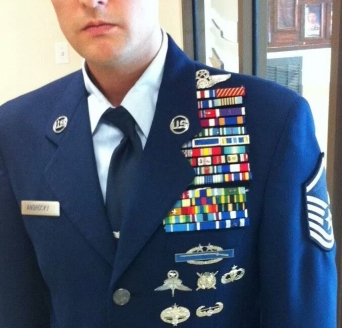 I try to take my common sense out of park before I put my mouth into overdrive, but it doesn’t always work. Even  well into my  60’s, it has been less than 2 years since my last public fist fight.

It happened in Safeway parking lot in the middle of the day. Two skinheads expressed a vehement dislike for my tattoo. Could I have walked away?  Sure, but instead I gave them no choice but to follow through with their promise to “Whoop the old Heeb’s ass.” I didn’t have the heart to disappoint them by pointing out I am a Lutheran, not a Jew.

I do the same thing with Posers, I bait them into conflict— Quit shaking your head, don’t try to pull the poncho over my eyes… you do it too. You might not be as obnoxious as I am, but down deep we all want to slap the piss out of a Poser.

You know the drill. A suspected Poser enters the picture, and we begin the gentle inquisition. We give him a chance to hang himself with his own words before we pounce. We ask about “pace count” or a high wind “PLF.” Maybe even slip in an obscure acronym to check the backstory.

Once he stomps on his pecker by calling his weapon a gun or the latrine the “little boy’s room;” we step in, and embarrass him in front of God and everybody no matter who everybody might be.

Am I right so far?

Not long ago, I almost stepped on my own pecker.

I was at a funeral for a guy I didn’t know, and I came across a little man in dress uniform. When I say “little man,” I mean 5’6” and 150 lbs little. I’m sure there are rides at the carnival they won’t let him ride on.  I immediately noticed the Jump Wings and the Purple Heart along with Silver Star and Bronze Star on his left breast. What really set me off was an ARCOM with a V-device. 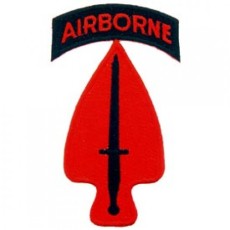 He’d obviously been to the surplus store and spent his allowance on “Mr. Carters Starter Kit.” The closer I looked, the louder the “Poser Alarm” went off. The red SOCOM spearhead hanging from his right breast pocket and SOAR beret flash secured him as the object of my wrath. (I wore both of those in my youth)  – This one was gonna be easy.

In my own defense, I’d never even heard of an ARCOM with a V-device. I didn’t even know ARCOMs were now given in combat for valor, I got both of mine for peacetime nonsense.  After the chest lettuce lit my fuse, I realized the guy sported Chaplain’s brass and the rank of Major.

In my sights now – he was dead meat.

I was setting up to suck him into a discussion but before I could pursue the issue; a huge, massive, enormous, giant man, with a cane limped up to us and handed me his cane. Then, for lack of a better description, he assaulted the little Poser-man. He picked him up and bellowed like a moose while waiving him around like a tiny man-shaped piñata. I expected to hear ribs break.

He set the Chaplain down and took his cane back from me, looked at the Chaplain and said:  “Son of a bitch it is good to see you . . .  Do you remember what you were doing the last time I saw you?” The SOAR Chaplain had a sheepish, almost embarrassed shy expression on his face as he nodded affirmatively.

The big guy turned to me and said “He was hold’n, my balls – outta the way so Doc could stop me from bleeding out — he got his dumb ass shot in the process too . . . didn’t you, Sir?” He stepped back and saluted the Chaplain.

It was not a pretty scar, and I felt like a complete fucking mullet.

I’m glad I met him; I’m glad I didn’t question his integrity to his face, and I’m damn glad I can call him brother.

My wife says I have a special propensity for dumbassery. The situation where a real hero like the Chaplain is misidentified as a Poser is rare, but there are still limits to how we should deal with even the most blatant Poser.

There was a situation in a city close to me last year where a young guy, nineteen years old, showed up on campus at the local community college on Memorial Day dressed in Jungle fatigues with an 82nd Airborne patch. No boots. Long hair. No shave. Obviously, a Poser — and a group of vets spotted him.

Another student got cellphone video of them yelling and threatening, demanding to know why he was in uniform, citing ARs and doing a fine job in my mind of administering correction. The Poser fled to the parking area, but the veterans gave chase. Finally, a Sacramento County Sheriff responded to protect the Poser.

By 1800 hours the news ran the video – only there was a twist no one saw. He was a 19-year-old mentally disabled man who wore the 82nd patch to HONOR his grandfather who was killed in Viet Nam.  Memorial Day happens to be the anniversary of his Grandfather falling in battle.

The emotional damage done to this boy is Unacceptable.  He really thought he was doing something good to honor a man he loved, but never had the privilege to know. The veterans involved did do their best to undo the damage. I must respect them for that.

If you come across a guy, in the mall or in a bar or some other public place, who is obviously a Poser:

#2. There’s nothing you can legally do about it.

The First amendment allows for this kind of speech: Lying is not inherently a crime.

In years past, an unwritten law prevented mass Poser-ness. Even Hollywood wouldn’t cross the line. Anytime an actor was in uniform, unless they were a veteran, there was always a deliberate deviation from regulation so it was not actually impersonating a service member.

I find it revealing that simple respect for the uniform and those willing to wear it was enough to curb posing in the past. Today with laws and Supreme Court decisions, posing is out of control and a source of income for some.

Only when the Poser achieves some sort of gain by posing does it become a crime. It does not need to be a paycheck or federal benefits. So most Posers just go for  “Citizen of the year” awards and other prestige along with the freebies that go with people thinking you’re Nick Rowe or Tom Norris  reincarnated. The burden of checking the Poser’s story falls to those offering him benefits; there is no legal recourse against the Poser.

Most of the time the only thing we can do is embarrass the Poser and make him famous so others won’t fall for his fraud. However, if you come across a Poser who really needs to be dealt with publicly, it’s better to enlist the help of someone who knows how it is done.

Unless you have the time and resources to actually investigate a Poser and to establish the truth with documentation, you’re much better off bringing the Poser to the attention of someone who knows how and when to address the fraud in a way that is both legal and effective.

I know it takes all the joy away from folks like you and me who really like the idea of slapping that Poser and making him pee . . .  But we must also live by the constitution we swore to protect.  As hard as it is to express this — The Poser’s right to Pose IS one of the things we are sworn to protect — there I said it. I may never get the taste of bile out of my mouth, but it’s simply a fact of the Constitution. It’s their right to be void of integrity and honor.

Posers are a plague that we’ll never eradicate, learn to live with it.