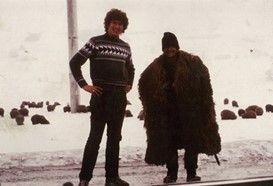 Author’s Note:  The following is an excerpt from “Jinnik: The Asset”, a Cold War novel by Gideon D. Asche. Jinnik is heavily based on the real-life exploits of an 8-person (3 were women) human intelligence team operating behind the Iron Curtain between 1978 and 1987.  Of the eight original team members, 3 made it to retirement age – somehow this author is one of the three.

This article originally appeased in the Havok Journal

Information from Romania was disturbing. Ceausescu’s Securitate units (Secret Police) were making a hard push to ferret out any anti-Ceausescu groups, and were putting several of our contacts in jeopardy.

We held a meeting at the Scheuner to discuss how to help an asset in Romania.   The Zigeuner (Gypsies) gave us information this man was on Ceausescu’s radar and targeted for elimination. He lived in an industrial city called Ploiesti, not far from Bucharest. The Ploiesti Oil Fields and are still a center of mainland oil production, making it a key asset in any European war.

A master machinist, he also was active in the labor unions and the underground movement to oust Nicolai Ceausescu. The Roma believed he was on a target list of people Ceausescu’s Secret Police were instructed to neutralize –  This was something we needed to prevent.    He would meet us near the Ukrainian border at his wife’s family home.

Andrea and I made a quick run into Romania to assess the situation and figure out what assistance we could render. We went directly to the Roma camp near Sibiu where we met with Jethro and Púrodad (Grandfather). Púrodad looked pale, not sick just kind of off color, he assured me it was nothing but I had concern for my adopted grandfather.

We would get a good night’s rest, then we would travel as far as a village 24 KM from where we were to meet with our new contact. Jethro was slowly taking over Púrodad’s position and authority. He would be head of the Romanian Clans when the Old Man went home.

Púrodad was letting all of his allies know that Jethro, his grandson, now spoke with his authority. The 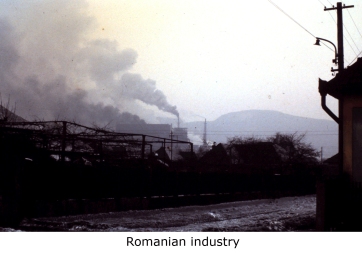 Old Man asked me to share a drink with him, alone. He wanted to say goodbye. He said his time was short and he wanted to make sure he said goodbye to his Jinnik (Zigeuner for Donkey or Jack Ass).

He again asked me to make sure Jethro kept our support. I told him “Ian is my brother” and so long as I was in the game he had my support.

Púrodad arranged for us to meet with an associate of his, a man he called Kal. Kal was “blood” and the Old Man said he trusted Kal with his life, and his wife. 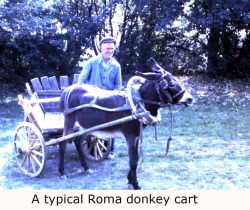 Kal would take us through the border zone and on to Galati without making any unfriendly check-points. It turned out we knew the guide the Old Man was sending with us. He was the shepherd Heinrich and I met a couple of trips earlier.

We would need to make the last 24 km of the journey by wagon.  There was no other way to avoid checkpoints in the border area.

The old shepherd arrived and we left in our car.  We would be hiding the Audi in a smaller Roma camp closer to the border then making our way to the meeting place by rural farm roads in a donkey-drawn wagon.

The police were too lazy and stretched too thin to cover these routes so as long as you looked like a farmer or a shepherd you could move with relative freedom.  Our guy looked like one AND smelled like one.

The wagon ride required a little over 9 hours and we would need to make an equally long and unpleasant return trip in the morning. Once in the village we had to steal down an alley and into a courtyard where we encountered another man pointing what I think was one of our pistols in my face.

Kal made the introductions, the sentry stood down, and we went inside.  The machinist was a large man who commanded immediate respect. Kal assured him that Andrea and I were longtime friends with the patriarch of his Clan and the Old Man trusted us. Kal added that he also knew me personally and trusted me.

The rest of the meeting was mostly me making various offers of assistance, from money to equipment, until we got to the real point. I told the machinist we believed his days were short.

We believed that Ceausescu was going to either arrest or kill him. I offered to help him get out of Romania.

I could set up an exfill if he wanted. He and his wife said they needed to sleep on it. I heard the wife refer to Kal as “uncle,” so that was the connection. Kal was a blood relative of hers.  The Zigeuner consider “blood” connections to be sacred she was to be protected as family.

Andrea and I were taken to a basement area under the central part of the house to turn in for the night, while Kal and two others stood guard.

I could tell Kal didn’t like the idea of spending the night there.  I wished I could see inside his head and knew what he was thinking.  I was just about as asleep as one man could get when I heard shouts….   “Securitate…  Securitate.” Next, I was rudely tossed out of my bead by Kal who was yelling get everyone out, out!  “We are raided, everyone out”.

Andrea was already in action she had the machinist and his wife corralled together and was looking for a back way out.   Gunfire could be heard in the courtyard.   I went to where Kal and one of the other men had taken up a firing position and were holding a squad of 8 to 10 of Ceausescu’s thugs at bay in the front of the courtyard.   It would not take long for them to flank us and come in from the fields.

Kal told the other man to fall back and I took up a position with him.   I had exactly eight rounds in my Makarov, all soft charges so they had a minimal accuracy and range, Kal was toting his AK-47 with a 75-round drum.

We punched off a few rounds with the “Pray & Spray” method of target acquisition then pulled back to the edge of the property where Andrea and the others had rallied.   There was a trail that went to the forest.   The problem is we would never make it across the 75 meters of open field to the trees.    Once the “Securitate” made it to the open we would be cut down, we could never make it to the trees in time.   Kal moved back forward and was engaging the Securitate when we made a reluctant decision to make a run for the trees.   It was the only chance we had and it was not much of one.    If we made it to the tree line it would be near impossible to follow us.    I went back to Kal’s position to let him know we needed to exfill right then!

Several rounds hissed passed us. We began to pull back then Kal grabbed my shoulder.  He looked hard into my eyes and spoke to me in German…    “Jinnik…They are your responsibility now.”

He turned back and engaged the Securitate on full auto.   I just stared as he moved forward and fired.  Kal looked back at me and made a gesture as if he was tipping his hat.   He moved swiftly back into position and returned fire.   I knew it was the last thing he would ever do.   I saw love in his eyes.

Kal was making a last stand for his family, for his Clan.

I didn’t have to explain what happened to Kal to any of the group.   We heard the last rounds he fired as we made it to the forest and safety.

I hope when my time comes, I have even a small measure of the same honor and integrity I saw in my brother’s eyes that morning in Romania. I have no interest in dying of old age.
… and I miss my brother Kal.